I speak, consult, and coach on leadership so I don't typically comment on awards shows. I also don't typically comment on awards shows because, honestly, I can't stand to watch most of them. I typically only make it through the first award or two and by then I'm tired of the glam, glitz, platitudes, and rambling political or activist comments of the winners. So, I leave the room or turn the channel.

Because we'd all heard this year's Golden Globe Awards was to support the #MeToo and #TimesUp movements, I knew going into it, that we'd be hearing much about awards, winners, #MeToo, #TimesUp, black dresses, Harvey Weinstein, and of course President Trump. So using those 'knowns' as a buffer, I grabbed a glass of Chardonnay and turned on the television to watch the celebrities walk the red carpet. However, right away, I noticed something different this year. As the celebs walked, posed, and gave their obligatory quickie interviews to the press, the majority of them 'stayed On Message.' They didn't focus their comments on their attire. For the most part, they kept their comments focused on the movements, awareness, inclusion, and change. Even when someone chose not to wear black, for the most part, the interviewers and comments by others were respectful of the individual's choice to wear whatever color she or he chose. The individual's choice in clothing wasn't the main point. It was her or his work as an actor and the opportunity to be a part of the event that was.

As the show opened and Seth Meyers started his monologue, I was curious to see how he would address the potentially explosive movements, black dresses, Harvey Weinstein and President Trump. How would he raise these sick, embarrassing, maddening topics? Would he be blunt or subtle? Which direction would he take this show? Would he lead it to be a show of anger and retribution? Would he lightly touch on the issues in order to keep the tone light and celebratory since it IS an awards show? Or, would he do something different? What he did, was masterful. Anyone who has led a successful change initiative may have recognized it too. He quickly addressed the elephants in the room. He quickly addressed the hot-button, emotional topics and men that most people in the audience and watching were hoping either he would or would not address. He acknowledged the men in the room who have not been accused of harassment - to acknowledge that not all men harass others and abuse their power. He acknowledged the #MeToo and #TimesUp movements and the women and men behind them. He acknowledged the black attire of solidarity. He addressed the allegations against and behavior of Harvey Weinstein, Kevin Spacey, and President Trump. He acknowledged the awards, the nominees, and the soon-to-be-named winners. He also, teed up Oprah's passionate acceptance speech and groundswell for her to run for the presidency in 2020. He was teeing-up the full-circle of strategic communication by ensuring it loops from beginning to end with consistency and continuity of messaging.

Communicate the Change You Want to See

Throughout his monologue, Seth kept his jokes targeted but light for the most part, he alluded to several key movement attendees, mouthpieces, and activists, but he also wove in references to potential winners and the awards. He articulated the message. He addressed the audience members' and viewers' fears by quickly, yet masterfully addressing the elephant issues in the room. He downplayed the unimportant (i.e., the attire), and he stayed on message for the evening: The movements and the soon-to-be-named winners. He'd threaded the needle of how to position the show with ideas such as: Change is needed and has started. Working together, we can make this change happen. The change will be hard but it will be positive. These messages are universal and apply to any change initiative. Communicating them effectively so the participants feel compelled to be a part of the change is what's hard. Seth had done it.

Throughout the awards, the winners more often than not shared their take on the movements and issues, as well as on their thanks to their professional colleagues for their support and unity. More so this year than others, statements such as, "This award belongs to all of us" were made and resonated inclusivity versus individualism. The winners kept reinforcing the messaging of inclusivity, equality, teamwork, professional respect, change, and hope. The messaging was staying consistent.

Then it was time for Oprah Winfrey to accept the Cecil B. DeMille Award. With most awards ceremonies, at this point in the show, most people typically want to leave because they've been sitting for hours and it's time to hit the parties. So, they'll politely and respectfully acknowledge the recipient and then bolt for the doors. Oprah didn't want people bolting for the doors. She knew she could leverage her star power and use her time on stage to propel the messaging and movements to a new level and faster pace - if she did it right. She did. She started with her personal story that enabled many to quickly relate to her early years, understand her mother's struggle to feed her family while working as a domestic, her desire for success, her body of work that enabled her to share the stories of others through her audience members and in the roles she's played. She demonstrated she has personal experience with the challenge of the movements. Oprah then shared the story of Recy Taylor. A woman who many of us had never heard of but quickly learned to respect because of the horror and lack of justice she experienced. Though she was raped in 1944, she died just two weeks ago on December 28. Through Ms. Taylor's story, Oprah demonstrated past atrocities are still being carried by many today -- many without a platform or support to attain justice. It was by bridging from this story she elevated the emotions and passionately called upon everyone watching to work together to stop abuse and inequality. It was in her final sentence that she articulated her vision for successful change: So I want all the girls watching here, now, to know that a new day is on the horizon! And when that new day finally dawns, it will be because of a lot of magnificent women, many of whom are right here in this room tonight, and some pretty phenomenal men, fighting hard to make sure that they become the leaders who take us to the time when nobody ever has to say "Me too" again.

With that, the audience erupted.

Lay the Groundwork for the Change to Occur

Oprah Winfrey, Seth Meyers, the nominees, winners, writers, and the Golden Globe Award leadership and planning teams did it: They successfully positioned, messaged, implemented, and managed a potentially explosive change message while not diminishing the traditional objective of the evening. The winners received their recognition while being a part of a larger historical event. Time will tell, but the groundwork was laid. Let's see who moves to the front to now lead this change.

In the meantime, kudos to the winners. Congratulations to the team who created this messaging strategy and flow. And Thank You to the many working for positive change. That's leadership no matter who you are.

2018 Golden Globes telecast review: Seth Meyers brilliantly went for the jugular, and so did Oprah Winfrey

Liz and her team work with leaders to create focused plans for their organizations' future. Then they work with the leaders to ensure their plans are implemented effectively.

Posted by Liz Weber CMC on January 9, 2018 in Strategic Planning and tagged Communication in the Workplace, Effective Leadership, Organizational Change 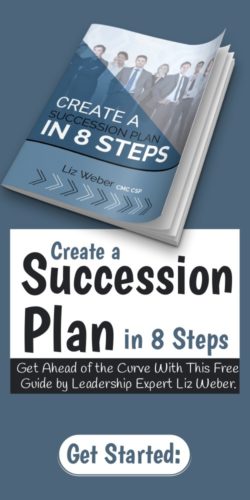