I read the following article by Jill Konrath. With her permission, I’m sharing it with you so we all will remember this the next time we’re behind the wheel…

Avoid This Killer Sales Strategy at All Costs

This is the most important blog post I've ever written. It's about what happened exactly one year ago today. Please read it and share it with others.

Last week a friend told me about a recent fender bender. While driving, he'd been dictating an email on his cell phone. He wanted to get a few extra things done before he got to the office.

We all do things like that. Multitasking is a way of life. It's our strategy to keep up with our whirlwind of a job. In the car, we'll make calls, catch up on messages and text people when we’re running late.

That’s exactly what Carla Brennan was doing on the morning of March 4, 2013 – the day her life collided with mine (and others). Literally.

Here's what happened. My husband, Fred, left our house about 9 AM. Fifteen minutes later he called. His voice was weak, shaken. “I’ve been in an accident. I think people were hurt -- badly.” After assuring me he was okay, he told me where he was.

I rushed to the scene, ½ mile from my home. It was cordoned off. A helicopter was there. Ambulances, police and fire fighters were everywhere. Someone escorted me to my husband, very carefully maneuvering me around the accident scene to get to his car about a block up the road.

When I got there, he was still in the Suburu, behind the wheel, bloody and covered with glass. “I think I hit some pedestrians,” he said in a daze. “Do you know what happened to them?”

I didn’t, but it was clear he needed medical attention.The EMTs took over and I followed them to the emergency ward. I was grateful he was alive.

So what actually did happen that morning?

When Fred turned onto the main street by our place, he noticed a man and woman out for a walk. To avoid crowding them, he moved into the inside lane. Not another car was in sight. Moments later, he glanced in the rear view mirror and saw a car bearing down on him at an incredible speed.

Instantly it slammed into him, propelling his car like an out-of-control projectile in the direction of the two pedestrians. As he desperately tried to avoid them, he saw the man push his wife out of the way in an attempt to save her life. After hitting them, his car careened into the bridge barriers, ricocheted back onto the road and finally came to a stop half a block away.

In the blink of an eye, everything changed.

Ms. Brennan, the driver of the car that hit my husband, was late for work that morning. She was speeding. And then she got a text from her boss. “Where are you?” it said. She replied … and before she finished she ran into my husband’s car.

The truth is, she never even saw him. She was too wrapped up in her message, trying to text her boss that she was on the way. It was a deadly mistake.

He was 57 years old, a marathoner, biker, golfer, loving husband, father of 3, grandfather of 12 and all-round good guy. His wife, Leslee was severely injured and transported via helicopter to a major trauma center.

Since the accident, Leslee has made a miraculous recovery, despite having over 5000 stitches, a broken neck, a broken back and multiple other injuries. She misses her husband terribly, as do her children and grandchildren. Such a tragedy. (Check out her video below.)

My husband still struggles with what happened. Even though intellectually he knows that it wasn’t his fault, he still feels a sense of responsibility.

Ms. Brennan has been charged with 2nd degree criminal vehicular homicide involving a handheld wireless communication device while driving. Her trial is coming up soon. She will likely spend time in jail. And, she'll have to live with the fact that her actions killed a good man.

The eye-opening facts on distracted driving.

The truth is more than 80% of drivers admit to blatantly hazardous behavior while driving. I used to be one of them. The accident changed me. So did these eye-opening statistics*. 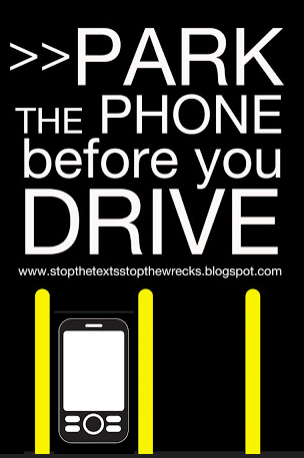 Don't be driven to distraction.

Clearly this is a problem of epidemic proportions. While we sometimes get caught up in the urgency of our work, the truth is ... it can wait. Seriously. It's not a good sales strategy. In fact, it's a killer.

Please, please, don't text while driving. Pull over to take any calls. And, if you're the passenger in the car, make sure the driver follows these rules too.

Doing so could save your life. And, it could save the lives of your friends, family, children, colleagues and total strangers. That's what matters.

A Texting Tragedy: To learn more, check out this video with Leslee and my husband. And, please share it with anyone who you think needs to see it.

*Statistics from Distraction.gov, USA Today and other sources.