We have a special guest on the blog today. Author, speaker, and social media leader Ted Coiné, Catalyst from Ted Coiné, has written a terrific article that we'd like to share with you.

Want to suck the motivation out of your people? Move the goalposts on them. Change the rules mid-game enough times and I promise, even the most obstinately-positive of your employees will learn to give up.

Have you read Spencer Johnson’s bestselling classic, Who Moved My Cheese? It’s all about how individuals deal with change. I have to admit that when I read it several years ago, I was nonplussed. I thought at the time, “So what? Who doesn’t like change?” It’s taken me years to figure out what I was missing. Now, finally, I get it.

I was raised to lead. I haven’t always been in leadership positions, and when I have I’ve made an inordinate number of missteps and more than a few downright egregious mistakes to boot. But my internal dialogue, my self-image, has always been that of a leader. Leaders feel in control of their destiny, which I know can at times be self-deception, but that deception is often quite helpful in driving us through obstacles and toward eventual success.

But finally, I get it. I don’t like all change after all! For the most part, I like change that I impose on myself. It spices things up, keeps them interesting, and it’s a great way to stumble your way toward invention and eventual breakthrough success.

But leaders: in order to be good at what you do, you’ve got to put yourself in your people’s shoes. When you choose change for them, you’re in control – so of course you’re going to enjoy it, or you’ll change it again! But when followers – employees – have change imposed on them it’s an entirely different scenario. The locus of control is outside them. They’re helpless.

Need an example? Here’s one: you tell your staff what is expected of them. “Do this, and you’ll meet expectation. Exceed it by this much, and you’re a star.” Simple and every-day, isn’t it? So here’s how you sucker-punch them in the gut: change the rules mid-game, or (better still) after the game is over! Move the goalposts after they’ve already kicked the ball. “Oh yeah,” you say, “You’ve done great, but so has everyone else, so we’ve made it harder.”

Umm…. Hmm. How should any rational person react?

In this economy, here is one possible answer: many of the stars you’ve hired or developed won’t quit in disgust and rage born of helplessness. They’ll keep coming to work. But they’ll resent your company, and maybe they’ll resent you as their “leader.” They’ll stop trying. They’ll start looking around for better situations outside of your team, or your department, or maybe – if the rest of the company is no better – outside of your company altogether. You’ll find out that you lost them, but only when they’re ready.

And meanwhile, you’ve taken something great – an eager, winning attitude – and you’ve willfully poisoned it.

That is why people loathe and resist change. It isn’t about the change itself. It’s about the helplessness, the change imposed on them by un-empathetic leaders. Obtuse leaders. Leaders who, as I was, don’t get a big part of the equation of change.

Change rocks – when it’s fair. Just don’t move the goalposts after the ball’s been kicked. That is, if you’re serious about building a high-talent, intensely-motivated team.

Reposted with permission: ©2011 Ted Coiné All Rights Reserved If you want to re-post or republish, please contact Ted Coiné.

Ted Coiné is one of the most influential business leaders on Twitter, with a following of over seventy thousand and growing rapidly. He is founder of the #leadbiz community on Twitter, a forum that attracts some of the top minds in business leadership and innovation. He is also an active member of #usguys, a marketing and Social Media community, and part of the leadership committee of #custserv, one of the most highly trafficked weekly chats on the medium. 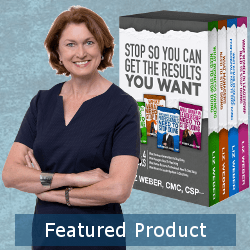